Abigail Adams was a remarkable woman. Spending large portions of her married life alone while raising six children, independently running the family farm, and keeping up with politics, literature and current events all illustrate her resolve and resilience. Furthermore, the strength of John and Abigail Adams’ marriage in spite of these circumstances is extraordinary. Their collected letters may well be one of the best sources of relationship advice available today.

“My Dearest Friend” sets cuttings of several selected letters from Abigail to John that illuminate her beautiful, feisty, and passionate personality. In “Pipe Lighting” we see her flirtatiously teasing John about the way he frivolously treats her letters. “Duty” sets snippets of a common closing refrain in her letters, encapsulating the modern version of “tell so-and-so hi for me.” The anguish of dealing with personal loss in isolation grips “Mother” as Abigail reacts to the death of Elizabeth Smith. Abigail’s motherly side emerges as she playfully admonishes her newly-elected presidential husband to mind his health in “Rhubarb and Calomil” and “Rostrum” confirms that she was not afraid to express her opinion about public speakers. Arguably one of her most famous letters is her plea to “Remember the Ladies” as John was helping to draft the Declaration of Independence. This powerful and eloquent plea for gender equality fostered an important discussion between the Adams, a lively couple who played such a key role in founding America. 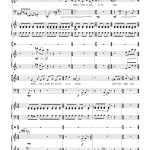 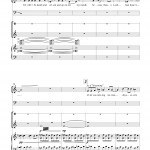 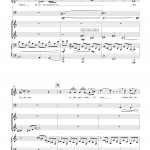